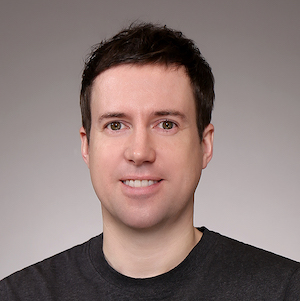 Dr. Robert Paton is a Full Professor of Chemistry at Colorado State University. Research in the Paton group is focussed on the development and application of computational tools to accelerate chemical discovery. Robert Paton has received the Harrison-Meldola Medal of the Royal Society of Chemistry (RSC), the Silver Jubilee Prize of the Molecular Graphics and Modeling Society, and is a Fellow of the RSC. With Olaf Wiest, Nitesh Chawla, Abby Doyle, Richmond Sarpong and Matt Sigman, Dr. Paton is a founding member of the NSF Center for Computer-Assisted Synthesis (C-CAS). The group’s research is also supported by ARPA-E and the American Chemical Society Petroleum Research Fund.

After graduating top of his year in Natural Sciences at the University of Cambridge, Robert Paton obtained his PhD in 2008 with Prof. Jonathan Goodman working on automated force field parameterization to study stereoselective C-C bond formation. In 2008 he took up an independent Junior Research Fellowship at St Catharine’s College, Cambridge, and received an HPC-Europa award in 2009 to visitthe group of Prof. Feliu Maseras at ICIQ, Spain. Dr. Paton was awarded a UK/US Fulbright-AstraZeneca Fellowship and a Science Fellowship from the Royal Commission of the Exhibition of 1851 to carry out postdoctoral research with Prof. K. N. Houk at the University of California, Los Angeles from 2009-2010.

Robert Paton began his independent academic career in 2010 at the University of Oxford as a University Lecturer and as a Tutorial Fellow at St Hilda’s College. He was promoted to Associate Professor in 2014 and moved to Colorado State University in 2018 where he is the Head of the Organic Chemistry Division. In 2021 he was promoted to Full Professor.